This subject is very close to my heart. I had to navigate these very murky waters with my own children when their father and I divorced.

We’ve all heard the common belief that when parents are unhappy together, their kids are also unhappy. By staying together, parents are forcing them to endure painful fights and loveless interactions. Because of this, isn’t it better to divorce? Aren’t unhappy parents actually helping their kids by splitting up?

Not necessarily. This doesn’t mean that you have to stay in a marriage that just isn’t working for the sake of your kids. But you do need to pay special attention to your kids’ needs and recognize that their lives are being disrupted in a huge way.

With that in mind, I’d like to discuss more in depth several misconceptions about the impact of divorce on kids that I discussed in the book, Putting Kids First in Divorce.

Kids are resilient. Resilience means having the capacity to recover quickly. But when you really think about it, do children really recover quickly from divorce?

The home they started their lives in – the only home they’ve ever known – has come undone. Now they have to begin shifting between two different homes – and sometimes even more if they also sometimes stay with grandparents or other caretakers. And this is only one of the many, many changes happening in their life as a result of their parents getting divorced.

I believe it’s an insult to children to say they’re resilient. It’s almost like saying “walk it off” when someone gets physically injured. Kids do not recover quickly. What they do is adapt. They conform to the new realities present in their lives. But this adaptation does not mean that they necessarily fully recover from the undoing of their home.

You’ll know when something is wrong. Divorce is hard on both kids and parents. Chances are, you’re going to get emotional at some point during the process – and your kids will witness this. Even if they don’t walk in on you crying, yelling, or otherwise experiencing an emotional outburst, they’ll know.

Seeing that their parents can’t handle their own emotions can cause your children to lose trust. They may start to believe that they can’t really turn to you. That they can’t depend on you.

Because of this, they may start hiding how they really feel when they’re around you. Or they may attempt to deal with it on their own or with the help of others. Something can be really wrong, and you might not ever suspect it.

They’ll be no worse off than kids whose parents don’t divorce. For kids, divorce is a trauma. Just as if they had been involved in a serious accident or witnessed something horrible. Trauma doesn’t just magically go away. It leaves a scar that your children will have to live with and deal with.

Now, this in no way means that your children will be “ruined” by your divorce or unable to move past that trauma. But their experience will certainly be different than that of children whose parents stayed together. It is a burden that they will have to carry with them, and one that other kids will not be able to understand unless they have gone through a similar experience.

Again, none of this is meant to convince you to stay in a marriage that just isn’t working because you don’t want to hurt your kids. Sometimes, two people just can’t be together. And having happy, cooperative parents is a good thing for children – even if it takes a divorce to get you to that point.

But it is vital that, when you make the decision to divorce, you do so with your eyes wide open about the effect that it is likely to have on your kids. This way, you can be prepared to help them cope with everything and do your best to get them through it.

Want to join the discussion?
Feel free to contribute! 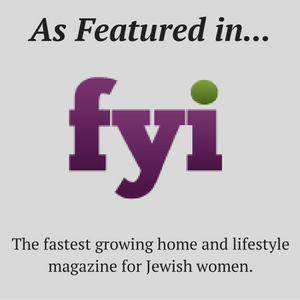 Predict problems you will encounter. Know exactly how to handle them.

In print and ebook format.

Monsey Relationship Coach: How Can I Love If I Don’t Feel Loved? 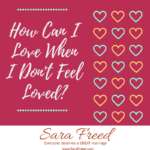 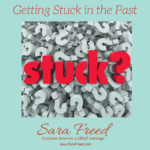 Getting Stuck in the Past
Scroll to top

Learn the REAL Reason You're Struggling as a Couple